Prices of cooking oil are projected to hit a record high in the coming days amid shifts in international policies that have thrown global trade in limbo.

The latest hike in prices is attributed to a change of policy by Indonesia which is the world’s biggest producer of cooking oil.

Airtel and Telkom Customers will Soon Start using Mpesa  to pay for Goods and Services.

Indonesia has limited the exportation of palm oil, a move that is already affecting the rest of the world and worsening the situation in Kenya.

The Asian country had initially blocked the export of cooking oil entirely, causing a sharp rise in prices of the commodity.

Indonesia is reported to have scaled down exports of palm oil by more than 75 per cent, dropping the global production of cooking oil by a corresponding margin.

This means that manufacturers who access the palm oil will get less than a quarter of what they have been importing.

Apart from the policy change, most manufacturers in the country have scaled down cooking oil production. The situation has been worsened by the shutting down of Pwani Oil.

“Given the prevailing challenges, Pwani Oil has temporarily halted operations at its refinery in Kilifi as we work to resolve the problem. We, however, wish to assure our customers, employees, suppliers, partners and other stakeholders that this is a temporary measure and the business remains in operations and our products available in retail outlets,” Pwani Oil announced.

Kapa Oil, which is also a major player in cooking oil and detergents manufacturing sector, is also operating below its capacity owing to the dollar shortage.

Cooking oil production companies say the dollar crisis, the war in Ukraine, and the ban on exports by Indonesia have hampered the importation of raw materials used in the production process.

Furthermore, Ukraine remains Kenya’s top supplier of sunflower oil and with the ongoing war, the situation in the country has degenerated.

Other than that, the country is not expected to import edible oil between now and June 20.

This comes even as players in the sector raised the fear that fuel prices might also increase during the monthly review.

Already, millers announced an increase in maize prices. Peter Miiri, Kitui Flour Mills Chief Accountant, noted that the price was estimated to go up in a week’s time as millers continue to suffer a shortage in stocks.

“We are extremely running low on raw materials which is maize which is being caused by disruptions in the supply chain in that local supply has dried up as well as regional supply.

“The government’s offer to import maize from abroad has been impossible because of the high cost of importation,” Miiri stated. 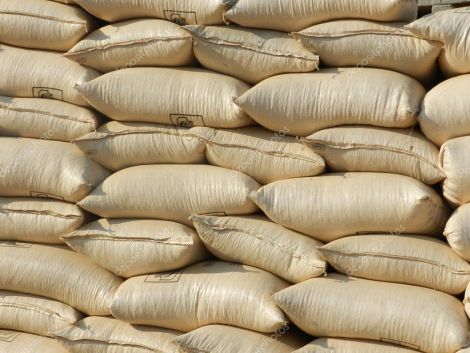 Bags of maize at a warehouse
Share190Tweet119Send
Previous Post

TSC Announce 6,000 Internship Positions, Check out the application procedure and deadline below